In two previous articles (1, 2) I've spoken about how to perform image color correction using correction matrix. In this article I explore another idea: using Bezier surfaces instead.

When using correction matrices, we calculate the corrected color of a pixel by multiplying its original color value by a given matrix. It means that the color correction is a linear transformation of the colors in the image. However the color distortion is not necessarily linear and this method may be insufficient. This was a motivation to try to apply the correction after converting to L*a*b* color space for example.

Turning the problem on its head, instead of changing the data to match the linearity of the correction, why not modify the correction to match their non-linearity ? A matrix can't be used anymore, instead I'd like to try Bezier surfaces which I have already implemented in LibCapy as described here. Honestly, I don't know if Bezier surface is the appropriate name: it's a Bezier curve of \(\mathbb{R}^3\) to \(\mathbb{R}^3\). "Multivariate Bezier" ? "Bezier hyper-surface" ? ... If you know, tell me please. Anyway, whatever the name, here is how it works.

To solve the linear system of equations, using the pseudo-inverse will do, as long as we choose an appropriate order for the Bezier surface. If the order is equal to 1 the surface is linear and we are almost doing the same thing as we were doing with the correction matrices. So we want a higher order, and possibly the highest possible as it allows, a priori, for better matching the color distortion. We can't however choose an arbitrary high order: the number of control points grows with it, and to keep the system solvable it must stay below the number of equations (which comes from the number of swatches in the reference colors chart). An appropriate order is then: \(o=\lfloor \sqrt[3]{n}\rfloor -1\) where \(n\) is the number of swatches.

To have at least \(o=2\) we need at least \(n=27\). If we are accounting for the reference swatches out of the sRGB gamut in the QP203 color chart, we have only \(n=26\). Not good. And there is another problem: The domain of the Bezier surface is \([0,1]^3\) but most of the known points are well inside that domain (especially if we use brightness matching as explained in my previous article). It means the control points at the boundary of the domain are very loosely constrained, hence the color correction will run wild in the boundary areas. The image below illustrates this (obtained by temporarily using all the reference swatches). 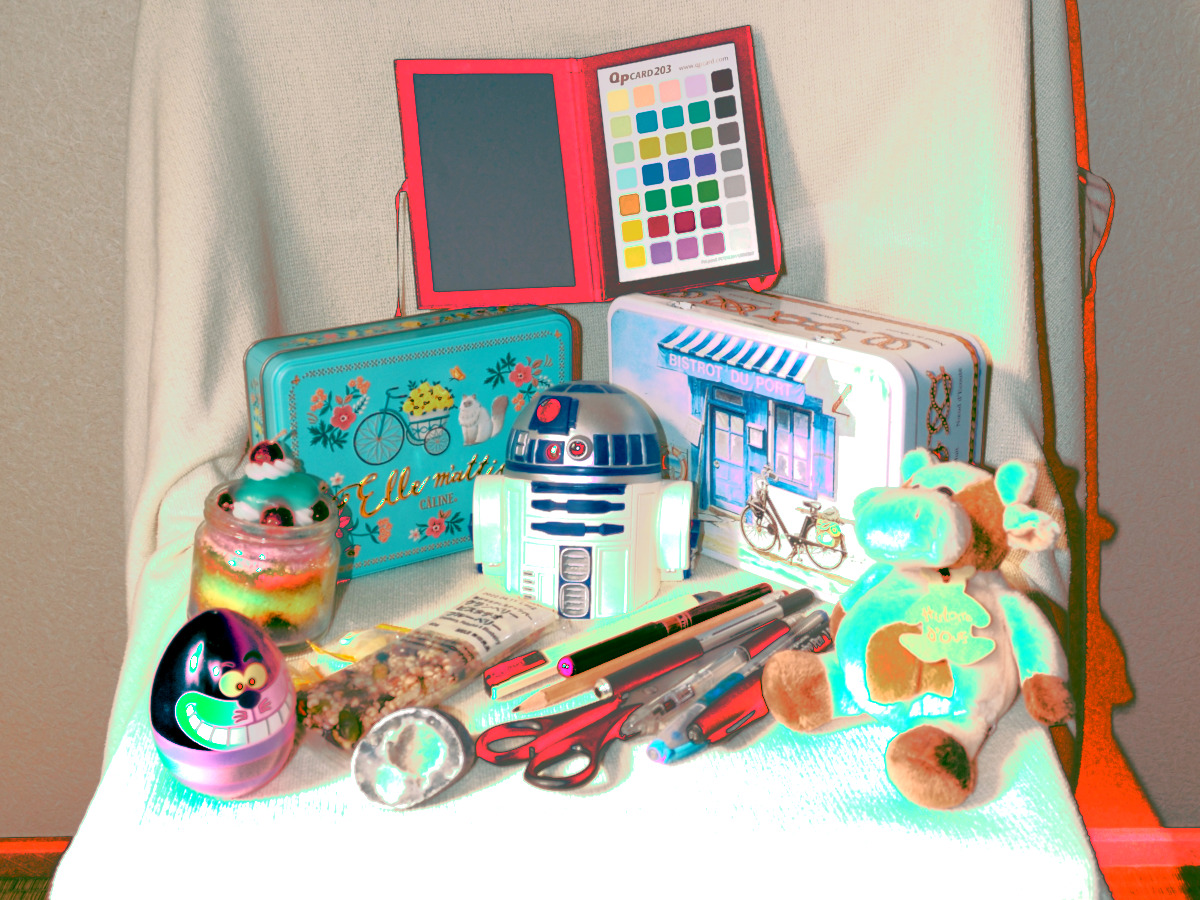 Restraining the color correction to reference colors chart with tons of swatches, including swatches on the domain boundary, is not realistic. Reducing the order makes this solution useless. What can be done to get out of that problem ? I like to see that Bezier surface as a piece of fabric we would like to shape by pushing/pulling it here and there with our finger. Imagine the piece of fabric isn't attached to anything, any attempt to shape it will give nothing but a mess. Now, imagine you attach the four corners of the fabric to put it into tension. Then you have something you can work on. 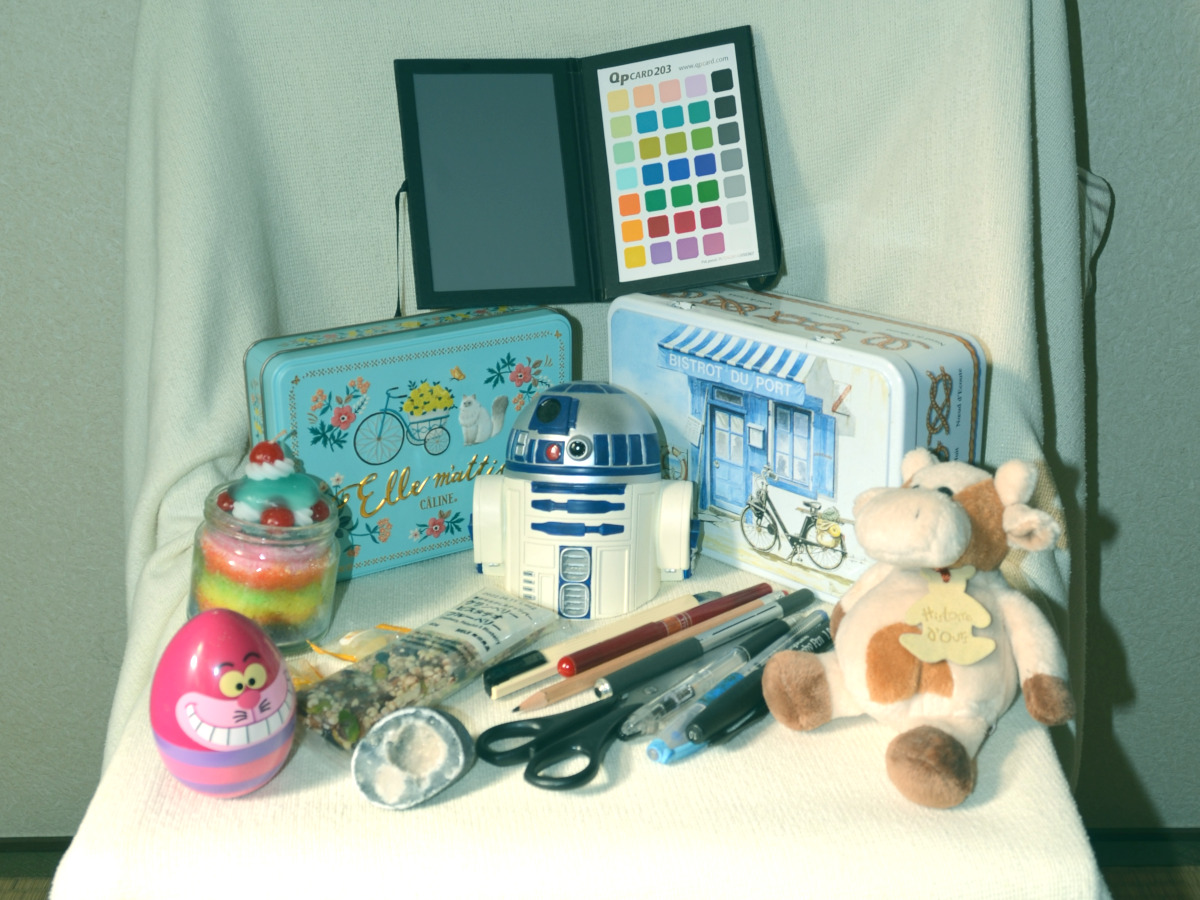 And we're done with the explanation of how to use Bezier surface to perform color correction. Time to check howit actually performs. I'll reuse the same dataset as the one in my previous article for comparison. Without brightness correction: 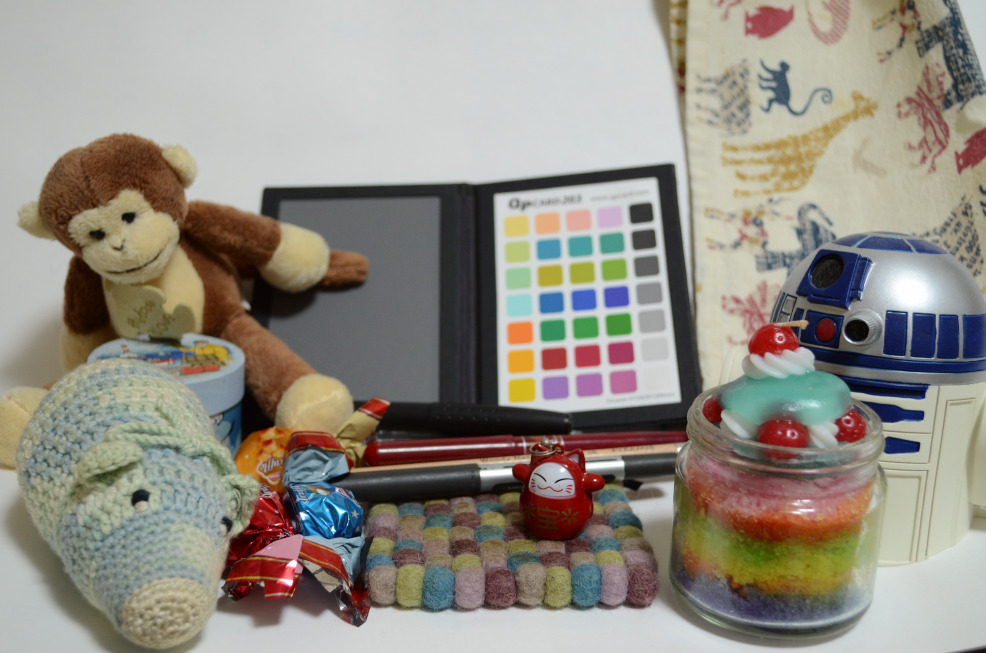 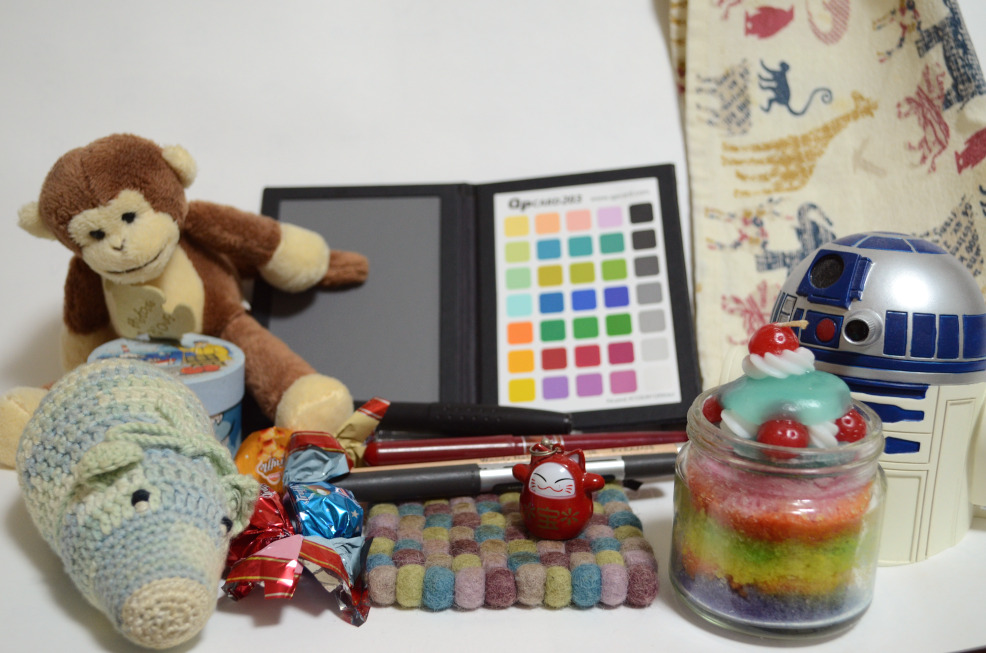 The result shows that using Bezier surface does correct the color distortion but less effectively than correction matrix. If applied to sRGB color space the results are generally better than L*a*b* color space. A possible explanation to the worst performance of Bezier surface is that the order is forced to stay low, hence there are few control points to fit the correction to the reference. And these control points are uniformly spread on the domain while the reference points are more concentrated to the center of the domain. This makes it difficult for the Bezier to fit correctly the reference points, hence the lower scores. That's a bit disappointing, but that was worth trying, and I think the idea is worth exploring further with other interpolant.