The Discrete Fourier Transform is used to convert an equally-space sampled signal from its representation as a function of time to its representation as a function of frequency. The DFT calculates \(n/2\) coefficients from \(n\) samples covering \(D\) seconds. These coefficients (complex numbers) are the magnitude and phase at frequencies \(\frac{0}{D}\)Hz, \(\frac{1}{D}\)Hz, ..., \(\frac{n/2-1}{D}\)Hz of cosine functions. An efficient algorithm to calculate these cofficients is the Fast Fourier Transform. This algorithm works only if the number of samples is a power of two.

Sampling of the function:

Spectrum of the function from its DFT coefficients:

Reconstruction of the function from its DFT: 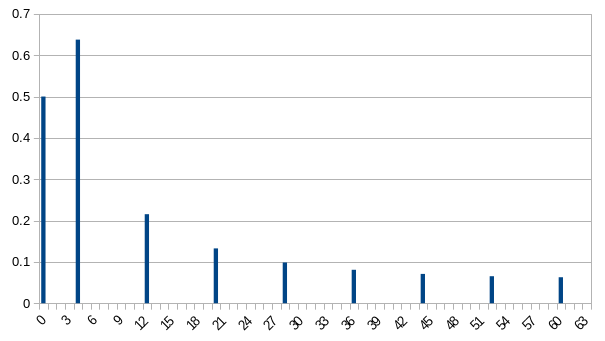 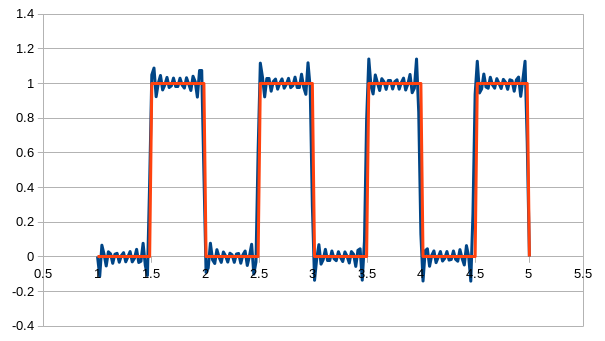